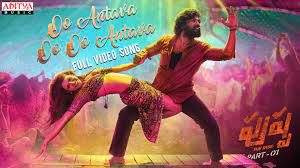 A song is a piece of music that has a basic structure and a chorus. The chorus is the most important part of a song, and is where the climax occurs. It contains the song’s main message, often a story that is told through lyrics. A song may have two verses, and the first verse may be used to introduce a particular message. The second verse may be used to explore different emotions.

Literature has long incorporated ideas about song into their stories. Beginning in biblical antiquity, songs were thought to convey proximity to the divine, suggest intense emotions, or evoke a sense of distance from everyday life. In the early modern period, real songs competed with idealized ones, and songs in literature often used tropes or scheme. Song in literature also does the work of plot and character, linking characters to a milieu beyond what is actually shown.

Art songs may have more complex structure than folk songs or popular songs. For example, many early Franz Schubert Lieder are written in strophic form, and are considered art songs. Art songs often feature accompaniment, and some take on a national identity. In addition, they may be sung alone or with a musical instrument.